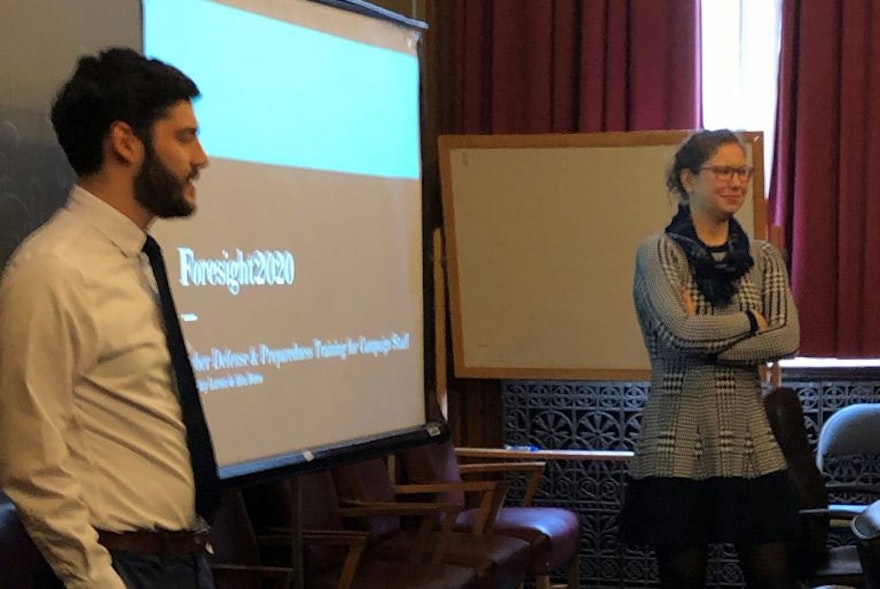 As foreign countries ramp up their cyber operations to disrupt the 2020 elections, Iowa State Senators are responding by bolstering their defenses.

Senator Zach Wahls, Senate District 37, organized a training for State Senators on the issue. It was provided by Foresight2020, a non-partisan group that provides free cyber security defense and preparedness trainings for political candidates, office holders, and their staff.

“Over the past few years, we have seen the devastating effect that mistakes in the realm of cyber security can have on individual campaigns, as well as on the political system more broadly,” said Senator Wahls. “No one wants to make front page news by having their systems compromised.”

U.S. intelligence officials have confirmed that Russia is once again meddling in the 2020 elections. Cybersecurity professionals have noticed additional activity that has been largely attributed to Iran, China, and North Korea. Some methods are similar to those employed during the 2016 election cycle, such as phishing attacks designed to provide access to valuable campaign data.

The training was led by Amy Larsen and Alex Bores, the founders of Foresight2020. They have trained Congressional candidates and their staff on cyber defense and preparedness.

“The goal of Foresight2020 is to help campaigns realize what makes them targets and vulnerable to particular kinds of attacks. For better or worse, 95% of breaches involve human error. When viewed as an opportunity, this means you can essentially eliminate nearly 95% of risk by changing behavior and implementing basic safeguards,” says Larsen, a lawyer who has worked in national politics. “The point is to use this foresight to avoid having serious security-related regrets in hindsight.”

“Lawmakers are realizing that they are actively targeted. That creates unique cyber security challenges that don’t apply to the average citizen,” said Bores. “For example, Sarah Palin was once hacked because the answers to all of her security questions were on her Wikipedia page. “Lawmakers need specifically crafted guidance on how to protect themselves.”